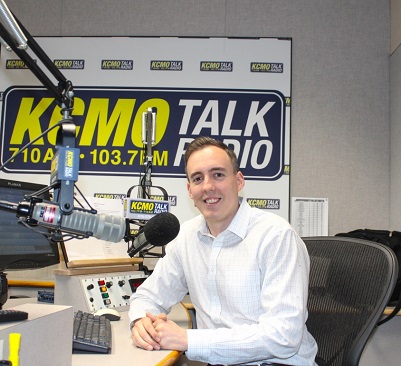 My path through an unpredictable industry has taken many turns in just a few short years. During college at Villanova University I hosted a sports talk show on WXVU, the student-run radio station and broadcast Wildcat football, basketball and baseball. My senior year included an internship at 97.5 The Fanatic, Philadelphia’s first FM sports station, and home of the Philadelphia 76ers and Philadelphia Flyers.

After graduation, I began hosting a talk show for WEER 88.7FM, based out of Southhampton, NY. My weekends took me traveling nearly 200 miles west, to be a sports anchor, producer, and assist with hosting Lehigh University Football’s halftime show for ESPN 1230/1320 of the Lehigh Valley.

After 6 months of 400 mile round trips, I accepted a job as a sports and news reporter for Omni Communications in Woodward, Oklahoma. After a year of broadcasting at K-1O1 and Z-92, I became the Sports and News Director for the cluster; responsibilities included hosting a daily sports talk show, while covering the Oklahoma City Thunder, Oklahoma Sooners, and Oklahoma State Cowboys. I handled play-by-play for several local schools, including football, basketball, and baseball. My news experience included covering the deadly tornado that ripped through Woodward in April of 2012. I also won an Oklahoma Association of Broadcasters small-market award for my coverage of the Bobbie Parker trial in the summer of 2011.

In March of 2013, I accepted an opportunity to move home to the NYC area and be a sports anchor for WCBS Newsradio 880, along with Bloomberg Radio. Since the move, I’ve hosted on WFAN Sports Radio, nationally for CBS Sports Radio, and have hosted political talk shows on nationally syndicated Fox News Talk Radio. My local play-by-play work includes the Wagner College Seahawks football and women’s basketball.